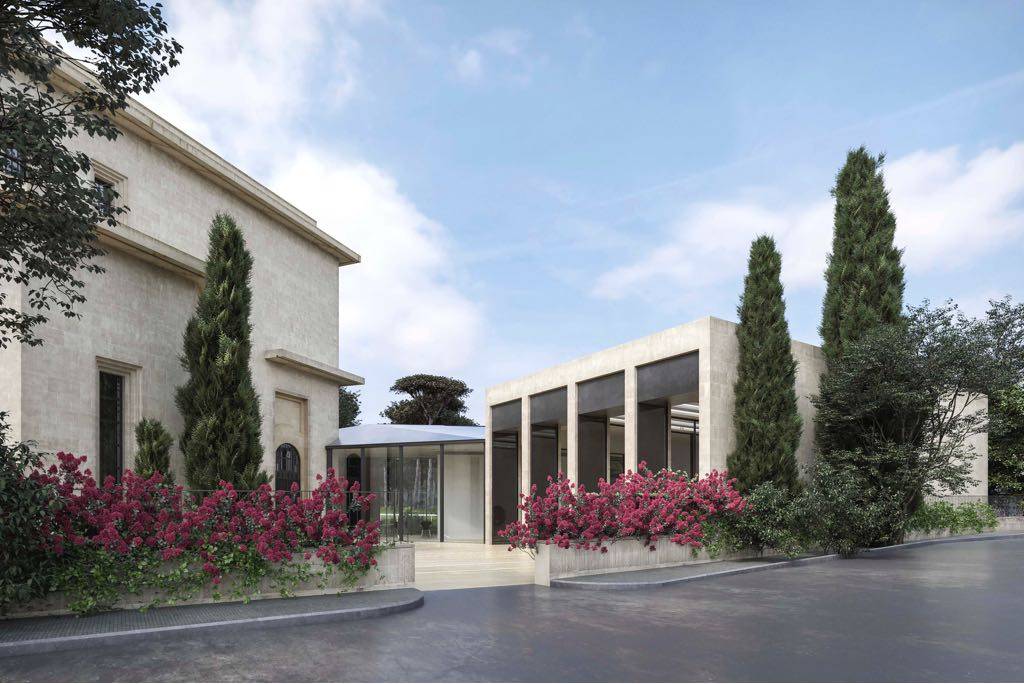 Strong on the heels of its successful rehabilitation of the National Museum completed in 1999, the Foundation decided to revisit the prestigious archeological institution. The idea was to supplement it with a vitally needed modern space that would make it even more appealing to visitors, especially the younger generations. First contemplated in 2014 the initiative finally materialized with the signing of a protocol of agreement (ministerial decree 127/AD) between the Ministry of Culture and the Foundation. The contract has allowed the Foundation to build an extension on the grounds of the Museum, albeit with very strict guidelines. The inception of the project required very large funds and was made possible by the extremely generous donation of $1,500,000 by the Es-Saïd family, in loving memory of Nohad Es-Saïd. In virtue of a bipartite agreement, the Foundation committed to raising another $1,500,000 and the project was eventually launched with a press conference at the Museum on October 14th, 2014. With the project’s costs running significantly higher than initially projected, Mrs. Haraoui, with the crucial support of the Board of Directors, successfully completed a new fundraising campaign in 2018.

The plans and execution of the works were awarded to Raed Abillama Architects, with the civil engineer Wissam Menessa assigned as project manager and the first stone was laid on November 10th, 2016.

Build on a 1,854 m2 land (with additional terraces and gardens) the Extension is located at the western-southern side of the Museum. The Extension meant to complement the Museum is effectively a smaller structure, built in a similar yellow stone, that looks like a “daughter” complement to its National Museum “parent”. At the same time, the huge glass facades and skylights give it a modern look that gives the impression of being outdoor.

The Extension’s Ground Floor with its double heights and large skylight provides the exhibition space with beautiful natural light. A connecting section hosts the Cafeteria that can accommodate up to 50 people, and a landscape area that includes a terrace of approximately 950 m2. The Cafeteria’s roof overlooks the hippodrome of Beirut.

In addition the Extension contains 3 Basements (B1, B1 Mezzanine and B2) that include restrooms, a large kitchen, a storage backroom and technical rooms. The B2 has a glass partition and windows onto the main staircases that have a skylight allowing natural light and sky view all the way from the roof to B2.

With this project the Foundation has successfully elevated its beloved Museum above its role as a conservation space for archeological and cultural heritage. This Extension provides a vital space that will promote encounters, dialogue and exchange. The Nohad Es-Said commemorative hall, devoted to arts and culture will host various activities including concerts, art exhibits and other cultural happenings. The Foundation thankful to its generous donors has displayed commemorative plaques that recognize the outstanding generosity of the Es-Said family along with the other corporate and individual donors that made the project possible.