The devastating explosion on August 4th, 2020 has caused invaluable damage to Beirut's urban heritage. Large areas of Beirut are now destroyed, unrecognizable, or on their way to destruction, if rapid intervention does not occur. Approximately 1,000 historical buildings were damaged by the blast. These buildings included houses, apartment buildings, mansions from the 19th-century Ottoman period, and buildings from the modern period of the 1930s and beyond.

As part of its vocation to protect and preserve Lebanese Heritage, the National Heritage Foundation (FNP) has joined forces with other active and recognized experts for heritage preservation to launch the "Beirut Heritage Initiative", a collective whose goal is the rehabilitation of Beirut's heritage which was strongly impacted after the explosion of August 4.

Until now, the FNP has signed for the "Beirut Heritage Initiative" partnerships for grants with ALIPH (International Alliance for the Protection of Heritage in conflict areas), "Fondation de France", and is counting on a lot of private and institutional donors from Lebanon and abroad.

The "Beirut Heritage Initiative" has been working on emergency procedures, to protect Heritage Houses from collapsing. Those works include:

1- Sheltering of the houses, either by replacing the tiles, or protecting it with a Tarpaulin cover until spring.

2- Propping of the houses, by installing scaffolding to support the damaged structure.

3- Envelope recovery, by reconstructing partitions that have been destroyed, or with the rehabilitation of the windows and doors.

The BHI is doing whatever it can to rehabilitate and protect Beirut's Heritage Houses, and ensure the safe return of its inhabitants. 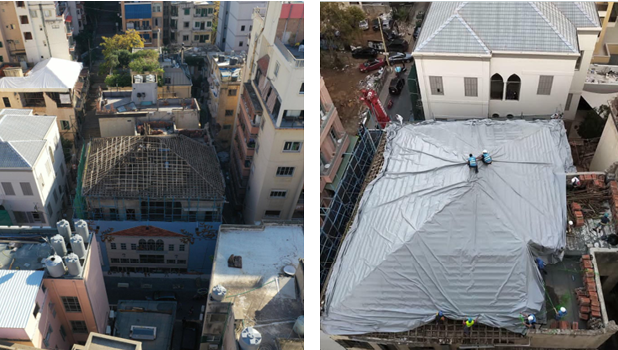 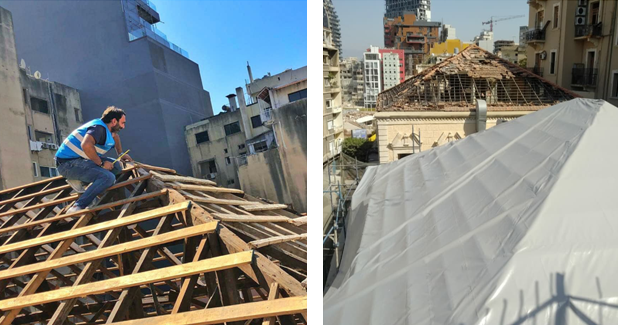 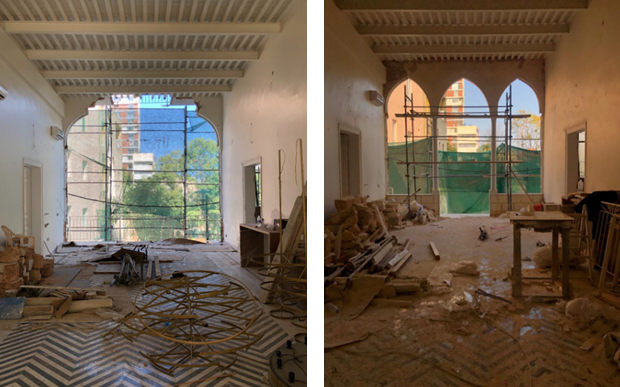